Detroit Electric, well known for its early start in electric cars during the early 1900's, is now back on the scene! Not familiar with Detroit Electric? You're not alone. They slowly faded out of business and into history when gas powered cars became more reliable and Ford mass produced the Model T for a fraction of the price. (More cool history in Part 2 of this article.) Despite the company's last production car in 1939; there is new life in Detroit this year! Thanks to a 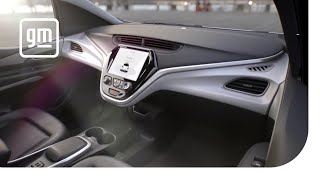 GM proudly announced that its autonomous car, the Cruise AV, based heavily on the Bolt electric subcompact car, could be on the road as early as 2019! I know what you're thinking; how's this possible? Well, it has a few major regulatory hurdles to clear first. The Feds, for instance, need to clear the way first, allowing fully autonomous vehicles to be on US roads to begin with. Next, state and local municipalities need to relax current laws making it mandatory to "drive" wi 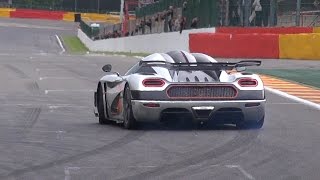 Who's Number 1? Koenigsegg One:1

Koenigsegg, the Swedish super car maker has a super fast car that will take your breathe away! It's called the one:1 as in the ideal ratio for horsepower to weight previously thought impossible! But don't take my word for it. See for your self! You can buy one for a mere $7.4 million US dollars.